Gary Puckett & the Union Gap (initially credited as The Union Gap featuring Gary Puckett) was an American pop rock group active in the late 1960s. Their biggest hits were “Woman, Woman”; “Over You”; “Young Girl”; and “Lady Willpower.” It was formed by Gary Puckett, Gary ‘Mutha’ Withem, Dwight Bement, Kerry Chater and Paul Wheatbread, who eventually named it the Union Gap.

Paul Da Vinci (born Paul Leonard Prewer, 1951)[1] is a British singer and musician. He is best known as the lead singer on the 1974 hit recording by The Rubettes, “Sugar Baby Love”, although he did not perform with the group at the time. He reportedly had a three-and-a-half octave vocal range, and worked as a demo and session singer before and after his own moderately successful solo career, which included the UK hit “Your Baby Ain’t Your Baby Anymore”, which peaked at number 20 in the UK Official Charts, week ending 17 August 1974 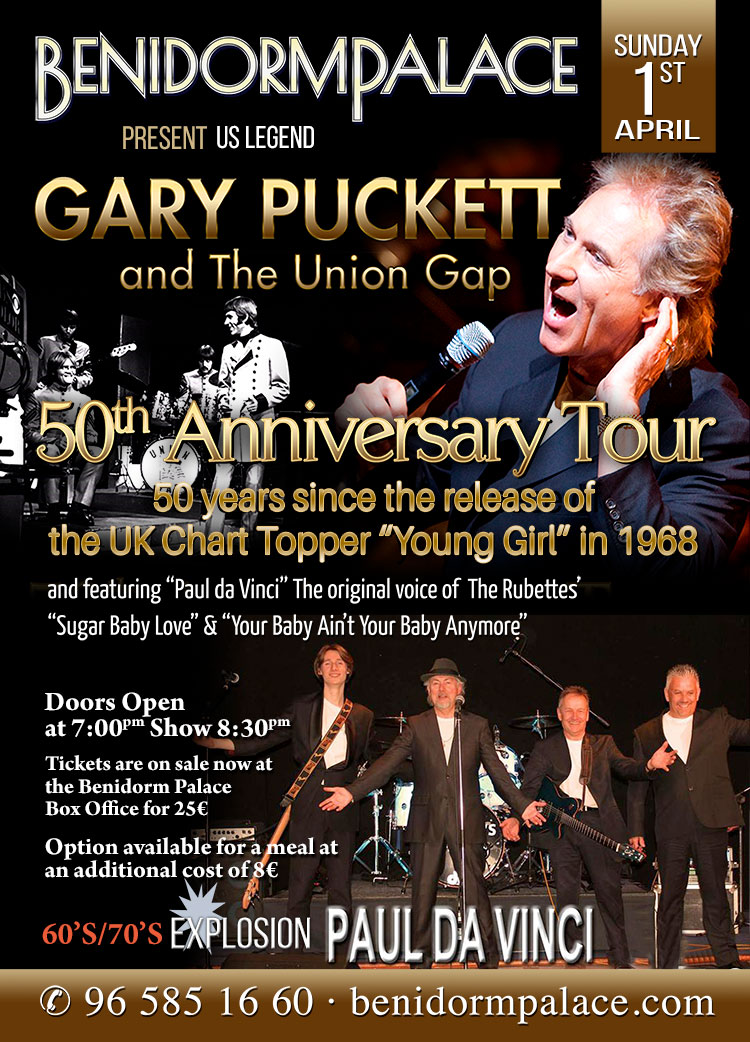